Lavender is one of the most popular fragrances to arise from the herbal world, sharing its fame with such popular fragrances as rose, mint, pine and orange. It is a common ingredient in numerous scented cosmetics and health products, from soap to skin cream. For many people, the scent of lavender evokes a feeling of peace and relaxation. While some would owe it to nostalgia, or an imagined effect, there is, in fact, much more to the scent than fond memories and psychology. The fragrance of lavender may have a profound relaxing effect, and few options provide this effect so well as a freshly brewed cup of lavender tea.

Relaxation is a psychological term for an emotional state of low tension accompanied by a mild feeling of ecstasy. This state differs from that of apathy, in which an individual experiences no emotion, and boredom, in which an individual’s disinterest in their surroundings leads to restlessness and a lack of concentration. Relaxation is considered a positive mental state, offering both mental and physical benefits.

What Interferes with Relaxation?

The opposite of relaxation (and therefore its greatest opposition) is stress. Stress is defined as a feeling of pressure or strain, and is often accompanied by negative emotions such as anxiety, irritability, panic, depression, and a feeling of being overwhelmed. While small amounts stress may improve performance, concentration and serve as a motivator, long-term stress eventually wears down body and mind, leading to physical and mental fatigue, and potentially to more serious health problems. Relaxation therefore becomes an important counter to stress, allowing an individual to physically and mentally recuperate from its effects.

A warm cup of lavender tea can go a long way toward promoting healthy relaxation in a variety of ways, the most prominent of which is its calming aroma. Steeping this tea releases lavender’s essential oils, the source of its aromatic nature as well as its therapeutic properties.  The fragrance of lavender enacts a calming effect upon the nervous system, leading to a physical feeling of relaxation that also helps to prompt a mental one as well. This has been known in some cases to reduce feelings of stress and anxiety and to promote positive feelings. While not a sedative, some people have found that lavender tea helps them to relax enough to achieve better, more restful sleep. For many, relaxation is merely a teacup away with the soothing qualities of lavender tea. 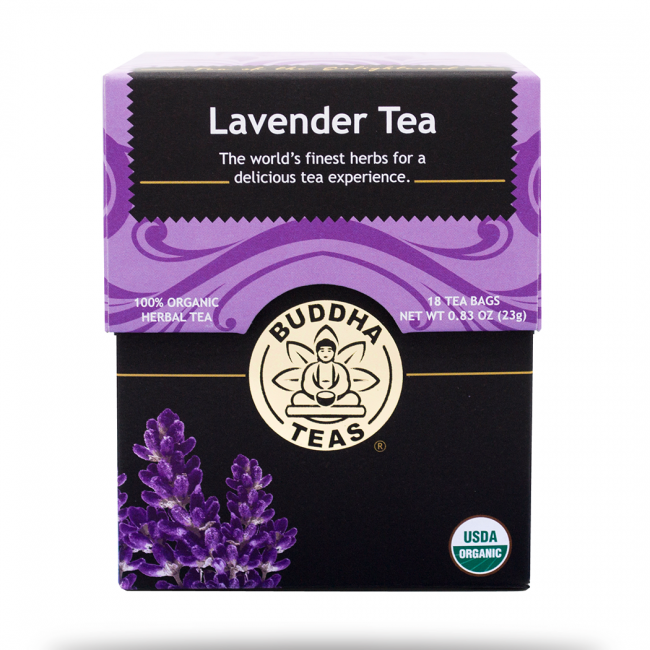